Women empowerment, women safety has been talked about for years. The current government also gave the slogan of ‘Beti Bachao Beti Padhao’ and emphasized on girls’ education.

The sad fact is that the ground reality is something else.

The United Nations Population Fund (UNAFPA) released the 2020 State of the World Population Report. According to this report, 142 million (14.2 crore) girls are missing every year in the world and 46 million (4.6 crore) in India. In India, these girls go missing due to gender discrimination.

The UNAFPA estimates that 2 out of 3 girls are missing due to gender testing before birth. 1 out of every 3 girls dies after birth.

According to India’s Sample Registration System Statistical Report, the sex ratio of 2016-2018 was 899 girls for every 1000 boys.

The sex ratio after birth of 9 states of India (Haryana, Uttarakhand, Delhi, Gujarat, Rajasthan, Uttar Pradesh, Maharashtra, Punjab and Bihar) is less than 900.

In the UNAFPA report it was also said that we were moving forward in the path of ending many maladies prevailing in the world, but due to Kovid-19, the situation may be the same as before.

In India, daughters are not killed only in the desire of sons. Child marriage of girls has not been completely finished. Despite stricter laws, according to data from the National Health and Family Survey, 1 in every 4 girls in the country were married before 18 in 2015-16. According to this report, 26.8% of girls aged 20-24 were married by the age of 18.

Why You Should Book Your Reservations On Southwest Airlines? 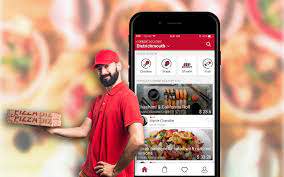 What Is The Future Of Online Food Delivery Startups