Each new day in the modern world sees the launch of dozens upon dozens of web and mobile applications made available on the internet. The QA team must always remain alert to guarantee that these web apps are functioning in environments other than the one in which they were developed. This can be accomplished by ensuring the functionality is thoroughly tested before it is made available to the end user. In the past, this laborious work was carried out by manual testers using human capacity for observation, which required a significant investment of time, until Selenium made its way into the industry. The Quality Assurance teams across different organizations uses Selenium – a suite of tools including IDE, WebDriver, Selenium RC, and others to assist them in simulating user activities on the web browser and automating the user flow. This in turn helps in the execution of a large number of test cases in a short amount of time.

One of the most important tools in this suite, Selenium WebDriver, is widely used because of its versatility and reliability in web automation. More than 80% of businesses now use Selenium WebDriver for UI automation, making it an openly accepted industry standard.

Selenium is an automation testing tool. It can be described as a framework for test automation. It is an open-source framework that has been developed specifically to automate the testing of web applications. Additionally, Selenium is a versatile testing tool that enables automation testers to write testing scripts in Selenium using a variety of programming languages. These languages include Java, Python and several other popular coding languages.

Selenium is compatible with various web browsers, including Safari, Firefox, Opera, and Chrome. These browsers provide an environment where Selenium test scripts written in various languages can be easily executed. Additionally, it enables cross-platform browsing, which means that the test cases may be executed concurrently on various platforms. Linux, macOS, Solaris and Windows are the various operating systems that Selenium can support. Because it enables developers to create robust and flexible automation, Selenium has emerged as the leading tool for automated testing.

The testing teams must always be ready to ensure that these applications continue to perform up to the mark even when moving outside the development environment. It is necessary to have a user-friendly and reliable framework to carry out these tests. Selenium has made it easier to deploy millions of applications.

What is Selenium Webdriver?

Selenium WebDriver is a collection of open-source application programming interfaces (APIs). To interact with any of the modern web browsers and automate the user actions with that browser, The Selenium family relies on it as a fundamental building block. It is common knowledge that Selenium is not a standalone application but a collection of programs that together form the Selenium suite. This suite was produced due to the collaboration between two separate projects called Selenium RC and WebDriver.

Why is Selenium WebDriver so widely used?

In addition to the capabilities described above, WebDriver, a member of the Selenium family, also includes a number of other distinguishing qualities that contribute to the widespread use of this software application for web automation. Several of these characteristics are as follows:

One of the major reasons for WebDriver’s success is its cross-browser support.  It provides the capability to execute a certain piece of code that imitates a real-world user by utilizing a browser’s native functionality to make direct API connections without requiring any kind of middleware software or device to be present.

WebDriver, in contrast to Selenium RC, does not need the presence of a middleware server in order to connect with the browser. WebDriver can interact more quickly than the majority of the Selenium tools because it directs interactions with browsers through the use of a standardized protocol known as JSON Wire. Additionally, the quantity of data that is transferred during each call is kept to a minimum thanks to JSON Wire’s utilization of the extremely lightweight JSON format.

Finding Your Way Around Web Elements

To carry out operations such as clicking, typing, dragging, and dropping, we must first determine which web element, such as a button, checkbox, drop-down menu, or text area, the action needs to be carried out on. To make this process easier, WebDriver has included methods that can identify web elements by using a wide variety of HTML characteristics, such as id, name, class, CSS, tag name, XPath, link text, and so on.

There are occasions when there are dynamic web elements on a page. HTML functionalities are constantly evolving; recognizing these elements is becoming increasingly difficult. Selenium helps in managing dynamic elements to some extent.

The structure of the pages varies from one to the next. Some of them are very lightweight, while others require a significant amount of data handling or AJAX calls. It may take some time for the components of the website to load. As a result, WebDriver includes several waiting mechanisms which can be used to suspend script execution for a specified period of time-based on predetermined circumstances before restarting it once the predetermined condition has been met.

A Comprehension of the Architecture of the Selenium WebDriver

Selenium WebDriver is made up of four primary parts, which are as follows:

It is important for testers to choose languages in which they are proficient. Because the WebDriver Architecture is compatible with a variety of languages, there are bindings made available for a wide variety of languages, including Java, C#, Python, Ruby, PHP, and others. Anyone who possesses even a fundamental understanding of the process of working with any programming language can obtain specific language bindings and can begin. Testers are given the opportunity to perform automation in an environment that is familiar to them thanks to Selenium Architecture.

It is a generally established mechanism for communication across different kinds of computers, and it is utilized in web services that use the REST architecture. JSON is the language of choice for the Selenium WebDriver when it comes to communicating with client libraries and drivers. The JSON requests that are transmitted from the client to the server are first transformed into HTTP requests so that the server can comprehend them, and then the HTTP requests are once again transformed into JSON format before being transmitted back to the client. The process of serialization refers to the transfer of data. Through the use of this technique, the inner workings of the browser’s logic are concealed, and the server is able to communicate with the client library even if it is not familiar with any programming language.

Selenium supports so many browsers.  it provides its own implementation of the W3C standard for each browser. There are browser-specific binaries that are accessible. These binaries are unique to the browser and conceal the implementation logic from the end user. Through the use of the JSONWire protocol, a link may be made between the client libraries and the browser binary.

Selenium is compatible with various browsers, including Opera, Firefox, Google Chrome, Internet Explorer, Safari, and others.

Example of How Does it Work

You can write code in your user interface (UI) in real-time using any one of the supported Selenium client libraries. Say, for example, you use Eclipse IDE. When satisfied with your script, you will execute the program by selecting the Run button from the toolbar. The web browser will start, and afterwards, it will go to the selected website.

The JSON Wire Protocol over HTTP will automatically turn every statement in your script into a URL as soon as you click the “Run” button once you have finished editing it. The URLs will be sent to whatever browser driver is currently active. The client library, which is written in Java, will communicate with the FirefoxDriver after converting the script’s statements into the JSON data format.

Every Browser Driver uses an HTTP server to take in HTTP requests. When the URL reaches the Browser Driver, it will forward the request to the actual browser over HTTP once it has been processed. When you finish, the commands contained within your Selenium script will be carried out on the browser. In the case of the Chrome web browser, you can compose your Selenium script in the manner outlined below:

The disadvantages of Selenium WebDriver

Selenium is a suite of tools that make test automation accessible and efficient. It is an open-source tool, so it is available to everyone. We learned about the various components of the WebDriver architecture along with how to use it. A reliable platform to undertake your Selenium testing remains LambdaTest. Selenium testing with LambdaTest comes ready to be deployed across a Selenium grid cloud of 3000+ desktop and mobile browsers. Trusted by over a million developers around the world, the testing platform lets you run your tests in parallel. The testing platform is dependable, scalable, secure, and highly effective, enabling the development and testing teams to quicken their release cycles. It also allows you to test in parallel to significantly speed up test execution. LambdaTest offers real-time debugging and analytics. It lets you quickly identify what went wrong and learn exactly what caused it, access rich artifacts and obtain a complete report on failure reasons. Additionally, sharing thorough reports with your team is simple with the paltform and it saves your teams a ton of time and work.

Those who looking for guidelines, 4howtodo resources is the perfect place.

The Logic of Gun Safes and Safety 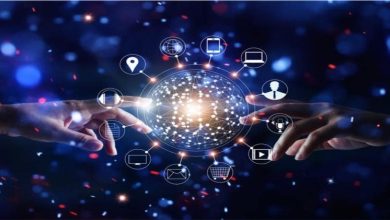 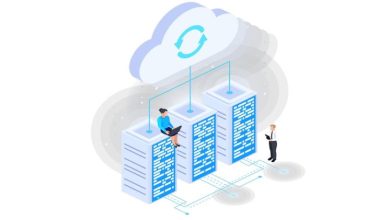 5 Useful Tips to Help You When Choosing Cloud Server Hosting

How to Fix QuickBooks Error 6147