This super-connected tech world has made our lives unimaginably convenient. Whether you are looking to buy something, need essay help, or simply want to play games with your friends, you can do all of that online. In the times of corona pandemic one has to find ways to entertain themselves while practicing social distancing as responsible adults.

It would not be wrong to say that snake is one of the most played and celebrated video game of all time. Snake is not just a game but also a genre of games unto itself. It is the concept of all these games that combines them in to this famous snake game trademark. The concept is this; we play as the snake that has to catch as many eggs as possible. The snake keeps growing and the length of its tails becomes the primary obstacle.

This game follows a simple but ingenious idea that became extremely famous. It was first introduced in the arcade game called Blockade in 1976. The concept caught the attention of multiple developers and found immediate success among the public. Snake series of games ended up finding its unprecedented legacy when the game started coming installed in the Nokia mobile phones in 1998.

With the advent of new technology, snakes have gone through a dramatic shift in its presentation and forms. Today, countless renditions of the snake game are available to play. No matter what modern device you are using, whether it is your android or iOS phone, or any other device, you will find a snake game to play. On iOS, you can find over 300 snakes games to choose from! While a similar set of options are available for the android users.

Snake rivals is a brilliant game from developers Supersolid. This game immerses you into its world of botanic gardens where you can play with your friends. The rule is simple, do not let the other snakes hit you. The game is easy to play and provides a seamless adventure for snake game lovers.

The game can be played in multiple player mode or single-player arcade mode. In the multiplayer version, you can also take part in two addictive modes of playing. Either you can take part in a gold rush where you have to collect the most gold faster than the rivals or participate in an intense kill or get killed natured Battle Royale!

You can even change the character! If you do not want to be a snake, then play as a dinosaur, panda, unicorn, or a cute dog! This is a wonderfully creative game with endless adventure to take part in!

Play as the menacing slithering snake in this intensely fun rendition of the snake games. You can play 3D Snake.io without an internet connection offline with bots or online in a competitive multiplayer mode. You get to play against the best players against the world as you all fight for the same end goal, to become the longest slither snake!

As your snake character starts getting bigger, the challenge keeps getting greater. The bigger snakes cannot move as fast and rapidly as the smaller ones. However, the small snakes need to watch out for the bigger ones who can eat them! 3D Snake.io has a wonderful gaming interface that is simple but brilliant. The game is fast and you will not face any sort of lag whatsoever. If you are looking for an intense snake game experience then check this one out!

This game has been gaining some great response to the play store lately and it is not surprising. Little big snake creates a charming, almost timeless looking backdrop for its wonderful new game. You can challenge players from across the globe for the classic battle of snake supremacy.

Little big snake is fast-paced and leaves little room for laid-back thinking. There is little room for mistake and your decisions need to be rapid. This game is popular among snake game enthusiasts worldwide and they are highly competitive! The rule is simple, destroy your enemies or let them destroy you.

This game follows a nice reward system that unlocks new levels, stages, and even lets you make allies. If you are looking for a classic snake adventure that utilizes the power of your smartphone, then immerse yourself into the Little big snake world!

Relish in the timeless glory of snake games with a space-inspired backdrop! This game has been attracted to mobile phone users worldwide. With its unique backdrop, it provides a fresh take for the classic snake game fun. The mysterious space world of Space Snake 3D will catch your attention and will make you a fan of this game for sure!

Once again, the basic rules are the same classic ones. Avoid colliding with the other snakes, barriers, and walls. Gain points by picking up power and increase your level! The game has a distinct charm due to its 3D geometry. It offers a crazy fun ride of more than 20 levels that will test your slithering skills! The game is easy to play and has a great control system that only adds to its brilliance!

Pixel Studio 8’s quirky snake adventure game is not exactly 3D but deserves to be mentioned in any snake game list. Here, the snakes are colorful jelly-like creatures with adorable big eyes. You can play against players from across the globe. In this game, if your snake character’s head collides with the other snake then its game over as the snake will explode. The game has a breezy light tone but it is equally competitive as any other game on this list.

The game has some extra rules that make it a bit more intricate than other snake games. However, it is easy and fun to play. It is available on iOS and Android devices. The game is masterfully rendered, this means that you will hardly feel any lag while playing it. Here Pixel Studio 8 has created a great version of snake games that is inventive in just the right way. The game pushes the limits of the conventional snake games by adding a little bit of intricacy to them.

All of these games have a single-player mode that lets you play the game offline. However, If you are looking for a multiplayer adventure than you need a working internet service. One can find any kind of service online. Whether you require a competitive snake game experience wants to avail some Essay help service or are looking to buy some goods. You have to get online!

How to Pick Best RAM for Gaming 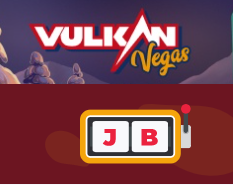 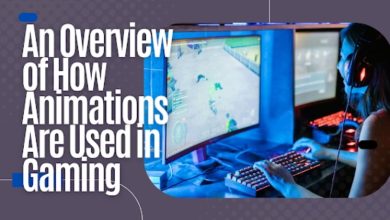 An Overview of How Animations Are Used in Gaming