Based on the novel by Diana Gabaldon, Outlander is an amazing series starring Caitriona Balfe as a World War II-era nurse who meets a Highland warrior named Jamie Fraser when she suddenly transported back in time to 1743. It is a hot romantic series with plenty of battles.

A series more rooted in reality, Black Sails is an amazing story of the Golden Age of pirates. It is a prequel to Treasure Island by Robert Louis Stevenson. It portrays an iconic pirate Captain Flint which is played by Toby Stephens. All the stars in the series performed well in Black Sails and are truly memorable. It is the best pirate adaptation that you must watch.

Vikings are the series that tells the story of the legendary Norse Viking warrior Ragnar Lothbrok. You’ll watch how he becomes a fearless warrior and commander of the Viking tribes. The story takes place in the early Medieval period. It has an inspirational character who you start feeling attached with. You will love watching this series having an entertaining and unforgettable journey.

Rome is an underrated gem that has some infamous historical figures of all time. It is a British-American-Italian historical drama with solid two seasons. The lives of the people in this series are intertwined with key historical events. The TV series has won several awards and nominations. It is a great alternative to Game of Thrones.

A TV show has everything you want, a great action, a smart plot, a lot of suspense and brutality. It is the classic tale of gladiator Spartacus. This historic American drama tells the life storey of the legendary Spartacus gladiator, the leader of a Roman revolt. The Spartacus is an incredibly aggressive and brutal series with a lot of nudity. You’ll love Spartacus if you’re someone who enjoys battles, blood, cruelty, blood, swearing and assassinations.

The Witcher tells the story of the legendary monster Hunter Geralt, who tries to find his place in the world. Based on the popular book series of the same name by the Polish writer Andrzej Sapkowski, this series sets in a decent fantasy world of dragon, goblins, wizard and sorcerers. The action scene and combat choreography are the treat for the eyes in this series.

The seductive historical thriller, follows the infamous noble family led par Alexander VI, has been brought to life by Oscar-winning Neil Jordan. The film, which takes place in the Italian Renaissance period, follows the cynical, disgraceful Borgia family that is willing to do everything to keep their influence. The cast did an incredible job with their characters, but with the portrayal of Rodrigo Borgia, Jeremy Irons steals the show. It is a shame that Borgias has not received as much attention as Game of Thrones. There can’t be a great way to start if you haven’t watched it.

These are the best series like Game of Thrones. You are going to enjoy all of them for sure. All the series have amazing characters, story, plotting and direction. Some of them might contain extreme nudity and violence. So, it is recommended that children should not watch them. 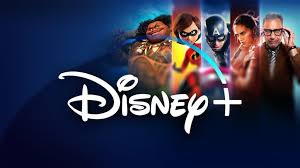 How To Watch MLB All-Star Recreation Without Cable